Alan Dunne is a Senior Development Advisor with the Electronics Division of Enterprise Ireland.  Prior to this he was a co-founder of Powervation Ltd from its foundation in 2006 until 2012  (Powervation Ltd was sold to Rohm Semiconductor in 2015). While there he held numerous  roles including General Manager, VP of Operations, Company Secretary & Chief Financial  Officer and led the GUI developed team.

Before Powervation, Mr. Dunne was Centre Manager with the Circuits and Systems Research  Centre (CSRC) at the University of Limerick, Ireland for 10 years, which spun out Powervation.  In addition to overall commercial and technical management of the CSRC, he was also  responsible for introducing the commercial element of the mixed-signal ASIC design work to  complement the centre’s ongoing R&D activity. During this period, he also acted as a senior  research officer with Enterprise Ireland. Prior to that, he worked as a project manager and  design engineer with Ashling Microsystems, Schaffner-Intepro, Vitalograph Ireland and Artic Environmental. Mr. Dunne holds a bachelor’s degree in electronic engineering and an MBA, both from the University of Limerick, Ireland. 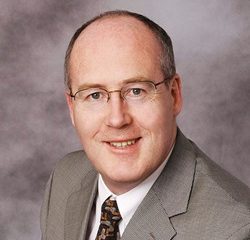