Global foreign direct investment (FDI) saw a dramatic drop in the first half of 2020. This is according to figures from the latest Global Investment Trends Monitor from the United Nations Conference on Trade and Development (UNCTAD), released on Tuesday 27 October.

Worldwide FDI deal flows dropped by 49pc year-on-year, with the steep drop attributed to the Covid-19 pandemic. Developed economies saw the greatest decline of 75pc, with FDI reaching an estimated $98bn in the first six months of 2020. Sharply negative inflows in European economies exacerbated this trend, particularly in the Netherlands and Switzerland, while FDI flows to North America fell by 56pc to $68bn.

However, FDI flows to developing economies bucked the trend and the low expectations of UNCTAD, decreasing by only 16pc. This figure appears to have been buoyed by resilient investment in China, with Asia seeing a decrease of just 12pc. The drop in deal flow hit 28pc in Africa, and 25pc in Latin America and the Caribbean.

While these figures will be concerning to IDA Ireland, the State body responsible for FDI in Ireland, CEO Martin Shanahan presented a positive outlook on Ireland’s prospects in an increasingly competitive environment at Future Human today (30 October).

In an interview with Future Human founder Ann O’Dea, filmed before the publication of the UNCTAD report, Shanahan acknowledged the expectation that FDI in Ireland would drop by up to 45pc due to the pandemic and that “the nature of investment will undoubtedly be impacted”. However, he said that the country has been largely resilient and performed well during this difficult period.

“Obviously pockets of it have been impacted by the pandemic, the same as everything else, but technology, pharmaceuticals, medical technologies in particular have proven really resilient during this period.”

“The companies want talent, they want the availability of talent. They want stability and consistency, and that has moved right up in terms of a criterion for investors. They want the pro-enterprise policies which a country like Ireland has operated for many years. So for all of those reasons, Ireland will remain attractive.”

One of the key challenges facing IDA right now is that investors have grown quiet and conservative, and the agency’s representatives can’t arrange to meet key contacts face-to-face due to ongoing Covid-19 restrictions.

Shanahan has also spied a rising challenge from the prospect of growing regional investment thanks to the surge in remote working. While he said this could open up opportunities for investment in Ireland, where 58pc of FDI and employment is outside of Dublin, he added: “That opens up lots of locations that weren’t maybe in play before, and they’re all locations that Ireland will have to compete with. So we compete on a world stage, that’s the reality of it.”

However, Shanahan does not see this as the end of office blocks, but a transformation of them. “The concept of presenteeism is well and truly dead at this point, but having said that I think employers do see the value in having employees colocated. That’s what we hear. They want that collaboration, they want that innovation, they want to create teams, they want to drive culture.”

*** WATCH THE VIDEO OF THE MIDAS IRELAND ANNUAL CONFERENCE *** 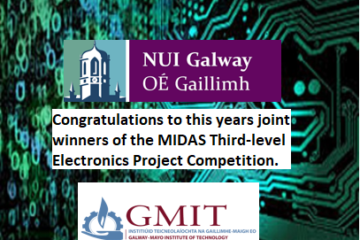 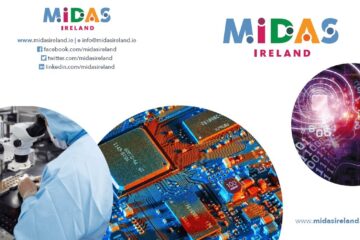 The new 2020 MIDAS Brochure is launched!