MIDAS will be sponsoring Confey College, Kildare as they represent Ireland next week at the 2016 CanSat European Final in Portugal, 22nd – 26th June. The college will be joined by 14 other teams from the length and breadth of Europe to compete for the coveted 1st prize.
Confey College, Kildare gained this prestigious honour by winning the 2016 CanSat National Final in April after teams of senior cycle students from across Ireland launched mini-satellites that they had designed and built, at Birr Castle, Co. Offaly.
“MIDAS are delighted to sponsor Confey College, Kildare and wish the team the very best of luck at the CanSat European Final in Portugal” said Ted O’Shea, acting chairman of MIDAS, “We have been very impressed by their ingenuity and clever use of microelectronics in their CanSat solution. We are sure they will represent Ireland proudly in the final”.
A CanSat is a simulation of a real satellite in the size and shape of a soft drink can. Each team has to fit all the major subsystems found in a satellite to their CanSat including power, sensors and communications – and provide a parachute to ensure the can had a gentle landing.
CanSat is a European Space Agency initiative designed to inspire young people to pursue a career in the science, technology, engineering and mathematics (STEM) and ensure the availability of a highly qualified workforce in the space industry going forward.
In Ireland, the CanSat competition is a joint collaboration between the European Space Education Resource Office (ESERO), Ireland the CEIA and is co-funded by the European Space Agency and Science Foundation Ireland.
There are five regional partners including Athlone Institute of Technology, Cork Institute of Technology, Dublin Institute of Technology, Galway/Mayo Institute of Technology, and Limerick Institute of Technology. 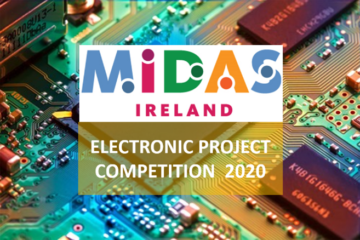 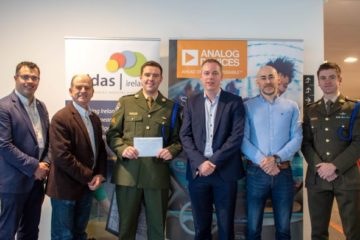