Emuye Reynolds, one of the world’s first iOS developers, discusses how she became an engineer and why having diverse role models is important.

Emuye Reynolds has had a fascinating engineering career so far. She was one of the first iOS developers in the world during her time at Apple, where she worked for almost six years before taking up tech leadership positions at start-ups such as Zite and MoveWith.

Now, Reynolds is head of engineering at email platform Superhuman, which is headquartered in San Francisco. She spoke to Siliconrepublic.com about her experiences as a black woman in the tech industry and why more engineering role models are needed for young women of colour.

‘If I had known a black woman in computer science, I think it would have been extremely impactful’
– EMUYE REYNOLDS

Did you always want to be an engineer?

Growing up, I really wanted to be an engineer. Not a computer engineer, but a train engineer. I was so into the idea that I owned toy trains and conductor overalls. When I thought of engineering, I always thought of trains.

I didn’t even know software engineering existed until I went to college. During my freshman year at Brown University, I ended up enrolling in a really great computer science class. The class was actually mis-listed in the course catalogue, so the teaching assistants were going door to door in the dorms, trying to get people to sign up by asking students if they liked computers and video games.

Even though I knew nothing about programming, I did like those things, so I decided to take the class and ended up being absolutely hooked.

The problem-solving aspect of engineering really appealed to me and I would get so immersed that I’d lose track of time in the computer lab. From that moment, I knew that this was how I wanted to spend my time, even if I didn’t fully grasp what the job meant yet.

Can you talk a bit about how women of colour in the engineering industry are represented?

To answer the question of whether there is a problem with representation, I look to the facts. As of 2018, women of colour represent less than 2pc of all engineers [according to a National Science Foundation report in the US]. The number is even smaller when you look for women who are leaders of engineering teams. You can feel that lack of representation when you’re in that group.

The biggest challenge ends up being that you never truly know the impact it has at work. You can wonder in the back of your mind whether it impacts how you fit in and how your colleagues see you, how expectations of you are set and how you are evaluated.

My approach, in short, is to just keep going. It doesn’t feel like a challenge I can control, so I focus on what I can control. I put my goals and aspirations ahead of those worries.

In your opinion, what are some of the most important steps we can take to address this?

The best way to create really amazing products is to have a diverse team with different backgrounds and perspectives.

I think it’s also important to have access, at a young age, to mentors who you can connect with and who actually seem real. If I had known a black woman in computer science, I think it would have been extremely impactful, taking something that seemed like a far-fetched concept and showing that it could be a reality.

I loved computers, video games and science, but didn’t know computer science existed or could be a career. That’s a big awareness gap.

What should leaders be doing to help close this gap?

My advice is simple: hire more women and create a diverse leadership team. Workplace leaders should do everything they can to make that a possibility. They shouldn’t shy away from addressing a lack of representation within their company or teams, because the awareness creates accountability for leaders to improve.

It’s important to get more women involved in the hiring process, although this can be a challenge if a company already has a lack of women in its workforce. At Superhuman, 50pc of our people managers are women and/or people of colour, which has benefited our recruitment efforts.

When I talk to female engineering candidates, I sometimes notice they fear they won’t be supported within the organisation because they’ve had a negative experience at a previous job. It makes a difference to a candidate when I can say I understand that concern because I’ve had a similar experience and prioritise making sure that is not a part of the team dynamic at Superhuman.

For other women of colour who want to become engineers, what advice would you give them?

Let’s zoom out from people who already know they want to be an engineer. Think about all of the women of colour who would make great engineers, but don’t have the exposure to really develop an interest in the field, or who may be discouraged by the stigma that engineering is too hard or only for certain types of people.

I’m biased: I think that engineering is a great career. So the advice I would give to anyone considering their future career is that if you have a curiosity to learn and are excited by the idea of building things that impact people’s lives, then you should absolutely pursue software engineering.

Whether you are just starting to think about pursuing a career in software engineering or are even further along in your journey, we should never forget to acknowledge how scary it is to join a team where you are the only person who identifies a certain way. This is often what it means to be a black woman in engineering. Give yourself credit for choosing to have the courage to enter what can ultimately be a great profession.

How to build a hybrid working strategy for the future 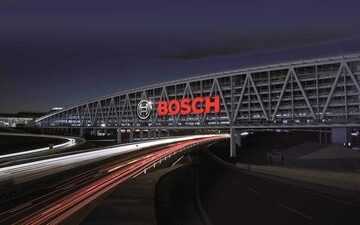 Limerick, Ireland 18 August 2021 – Bosch, the global supplier of technology and services, has announced the establishment of an Automotive Research and Development Centre in Limerick, creating 30 jobs over the next two years. Read more…

Alan Caulfield March 23 2021 11:04 PM Intel is to create 1,600 high-tech jobs at its Leixlip plant with construction of a new microchip manufacturing facility at the campus also employing 5,000 people during construction. Read more…